After many years living a gay lifestyle and a very long struggle, I finally managed to start becoming the man I was meant to be!

There are many fantastic men who enter into manhood unable to find women sexually attractive. This prevents them from finding their way into the arms of a loving wife. I was one of them. The difficulties and challenges this unique set of circumstances presents are formidable. The easiest and most obvious option is to gravitate onto the gay scene. This is precisely what I did along with the majority of other men of my age experiencing the same struggle.  Despite the initial burst of short-lived euphoria stemming from a certain sense of acceptance and freedom, the limitations of this lifestyle soon became clear.

Life on the gay scene is largely of a single dimension – it’s all about pleasure and lust. The mostly casual and frequently anonymous nature of the activity encourages men to seek out other men as a means to an end. Under these circumstances it becomes increasingly difficult for the deepest needs that lead to fulfilment to be met. In the end the only way out of this impasse was to search for meaning, fulfilment beyond the gay scene.

After much searching for life’s meaning and a personal quest to discover the man I was meant to be – I found all of the answers in the Catholic Church. The most important step I took in my journey of self-understanding was to come to terms with my inability to form healthy sexual relations with members of the opposite sex by accepting the reality that my sexual faculty wasn’t working as God intended.

Over time, I had watched with increasing concern the darkening trend in my physical activities and their depraved nature. Embracing the idea that these behaviours were in fact disordered was a major light bulb experience which allowed the light to stream through me. Recognising the sinful nature of my behaviour brought me to a place of repentance and the acceptance of Jesus Christ as my Lord and Saviour. The work of the Holy Spirit flowing into this situation cannot be overstated and what was impossible for me to achieve on my own became entirely possible with the abundant grace of God. I became a new man or as the scripture would have it ‘The old has gone, the new is here’.

I abandoned my life on the gay scene more than five years ago and embraced my new life as a disciple of Jesus Christ and haven’t looked back since. Life is truly amazing as I live it day to day under the gaze of a loving and giving Father in whose will we find ourselves and our personal mission in this short life. Looking back on my time on the gay scene, it’s sad to think so many men are being short changed into thinking and acting out a life that cannot offer more than disordered physical pleasure and trivia. The tragedy is so many men become subject to higher than average rates of unwarranted mental illness, anxiety, addiction, depression and ultimately suicide.

Some national authorities and pressure groups who advocate the gay lifestyle attribute the cause of these undesirable conditions to spurious homophobic conditions in wider society Thus, they fail to honestly connect the conditions experienced by too many young men on the gay scene with the hedonistic self-indulgent lifestyle that takes its toll in the end. I thank God for the bright light shone into my life rescuing me from such a lifestyle.

FROM DISORDER TO ORDER

When we think about it, every aspect of a human being can be subject to some form of disorder; the sight, the hearing the mind, etc. So why should our sexuality be an exception? I’ve always found it difficult to understand why some people go into a melt down at the prospect of having to accept the fact that their sexuality could be disordered in some way or another. After all, we don’t have to look far for compelling evidence.

My testimony clearly shows that life started making a great deal more sense when I was able to come to terms with the disordered nature and character of my homosexual inclinations. From the disorder came order and I found myself on the path to fulfilment. The transformation in my life that truly began in August 2014 has been nothing short of phenomenal. I had always hoped I might find the keys to fulfilment and find them I did. It is my hope and prayer that the life I have been given these past four years will inspire and encourage other men who don’t fancy women to follow me and find life’s greatest peace and joy in the Lord. 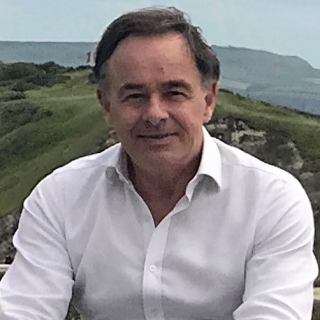 John Cassidy's mission is to witness that life for men with deep-seated homosexual inclinations can be deeply satisfying and full of meaning when lived in fidelity to Catholic truth. In other words, there is an alternative to the gay scene for homosexual men looking for a life beyond sex. John reaches out to other homosexual men who are searching for truthful answers to life's BIG questions and who are looking to lead a holy life inspired by the truths of the Catholic Church.